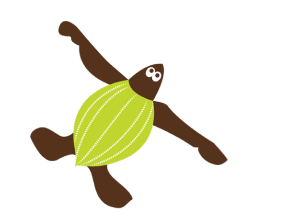 Trinidad & Tobago supports one of the largest leatherback nesting populations worldwide with an estimated 6,000 visiting its shores annually. Leatherbacks, like all sea turtles, start out as eggs buried in sandy nests. The hatchlings face many predators as they scamper seaward. It is estimated that only one in a thousand leatherback turtles survive to adulthood. 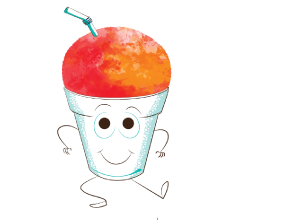 A Snow Cone is a refreshing treat made of ice shavings smothered in sweet fruit syrup. Vendors in Trinidad & Tobago operate from trolleys using a shaving machine to grind down large blocks of ice. The colourful syrup is made from tropical fruits such as guava, tamarind and pineapple. A topping of condensed milk is sometimes added for extra sweetness. Snow cones are perfect on a sunny day, and are a favourite cool down during the heat of Kiddies Carnival. 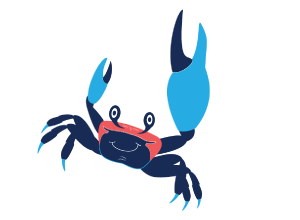 This hard-shelled crustacean dwells in swamps around both Trinidad & Tobago. Blue crabs bear 8 regular legs and 2 claws or gundys (local name). Crabs typically walk sideways but in Tobago they also race sideways. A jockey ties a string to the crab’s gundy and uses a pole to coax it towards the finish line. Blue crabs are also a component of Tobago’s popular “Crab & Dumpling”, a dish of crab stewed with curry and coconut milk and served with flat flour dumplings.